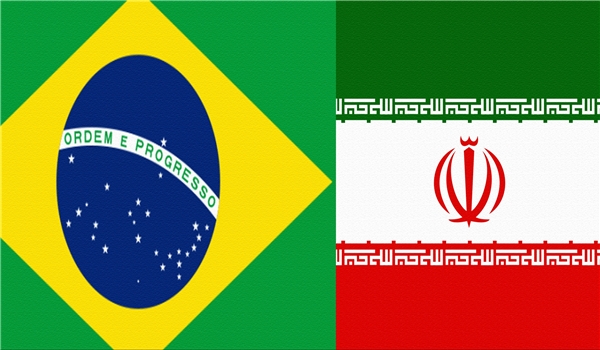 My country considers Iran its reliable partner in the world and the region, Azeredo Santos said in meeting with Iranian Foreign Minister Mohammad Javad Zarif.

The Brazilian ambassador called for closer cooperation with Iran in various bilateral fields, specially in energy, oil, gas, and petrochemicals.

Zarif, for his part, reiterated that the skilled human recourses, energy and reasonable prices as benefits of working with Iran, and said, “The Islamic Republic of Iran is a good partner for economic, trade, investment and banking cooperation with Brazil.”

At the end of the meeting, the Brazilian ambassador once again extended the invitation of Foreign Minister José Serra to Zarif for an official visit to Brazil.

In relevant remarks in late November, Iranian Economy Minister Ali Tayyebnia and Brazilian Minister of Industry and Commerce Marcos Pereira in a meeting in Brasilia underlined the need for broadening of mutual cooperation in different fields, specially economic and trade areas.

During the meeting in the Brazilian capital on Thursday, Tayyebnia and Pereira explored avenues for bolstering and reinvigorating bilateral economic ties.

“Tehran attaches importance to expansion of commercial cooperation with the South American countries mainly in the fields of agriculture and industries,” the Iranian economy minister said.

He underlined that Brazil enjoys high potentials in agriculture and animal products.

“Iran has various potentials in exports of gas, oil derivatives, petrochemicals and handicrafts which can help enhance level of economic cooperation between the two countries,” Tayyebnia added.

The Brazilian minister, for his part, expressed the hope to witness a growth in the volume of trade exchanges between the two countries.

He also hoped that several memoranda of understanding (MoU) on expansion of economic cooperation between Iran and Brazil would be inked in the future.